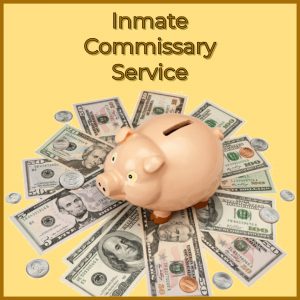 The inmate commissary service is provided by Kimble’s Commissary Services. Inmates may purchase items offered on the commissary menu weekly. Individuals may also place orders directly for inmates on line by going to team3.inmatecanteen.com and choosing Catoosa County, GA from the drop down institutional list.

Additional funds (credit/debit cards and cash) may be deposited at the jail using the kiosk provided in the lobby or by logging onto team3.inmatecanteen.com 24 hours a day, 7 days a week. When depositing money on the Inmate Canteen website you will need to set-up an account. These additional funds will be credited to the inmate.

Inmates may use these funds to purchase items from the inmate commissary. These funds may also be used to pay for expenses incurred by the inmate while incarcerated at the jail.

Upon release from the jail, a debit card or check will be given to the inmate for the remaining balance of his or her account. These funds may only be released during normal business hours.